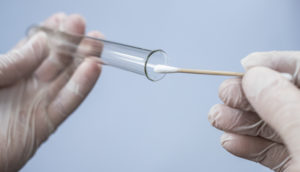 Join the International Association of Forensic Nurses (IAFN) in celebrating Forensic Nurses Week, November 9–13, 2020! Forensic nurses make a difference every day by providing compassionate care to patients and their families, educating future forensic nurses, explaining medical procedures to juries, engaging in pioneering research, and so much more. Show your support for forensic nurses around the world in 2020, the International Year of the Nurse and the Midwife.

The IAFN has big plans for the future of forensic nursing! We believe there should be forensic nurses in all acute care hospitals. To achieve that goal, we are working to grow the profession and support practicing forensic nurses through education, research funding, resources, scholarships, certification, peer discussion, local chapters, and so much more!

For many, home is a safe place – filled with warmth, love, comfort, and peace from the outside world. But for millions of others, home is anything but a sanctuary. The U.S. Department of Justice estimates that 1.3 million women and 835,000 men are victims of physical violence by a partner every year. Moreover, recent studies indicate that domestic violence incidences have risen during the COVID pandemic.

On September 29, Governor Newsom signed several bills to enhance protections for survivors of crime and abuse, including measures that establish an amnesty clause protecting survivors and witnesses of sexual assault, and support victims in fertility fraud crimes and certain sexual assault cases in seeking justice.

“This legislation will help empower survivors of crime and abuse to speak out against their abusers and provide them more time to seek justice,” said Governor Newsom. “California is committed to protecting survivors and supporting them and the organizations that provide them with essential services, especially during this challenging time.”

AB 1927 by Assemblymember Tasha Boerner Horvath (D-Encinitas) encourages survivors and witnesses of sexual assault to testify in court by providing them immunity for testimony related to illegal alcohol or drug use at the time of the assault. Amnesty clauses like that established by AB 1927 are already utilized by the University of California and other academic institutions to encourage sexual assault reporting by students.

AB 2014 by Assemblymember Brian Maienschein (D-San Diego) changes the statute of limitations in fertility fraud crimes from three years from the time that the crime occurred, to one year after the victim has discovered it. These crimes involve the unlawful use or implantation of sperm, ova, or embryos in assisted reproduction technology, which victims may not become aware of until many years after the offense has occurred. In response to reports of sexual assault by a former University of California, Los Angeles physician, AB 3092 by Assemblymember Buffy Wicks (D-Oakland) revives time-barred legal claims involving sexual assaults at the University’s medical clinics, allowing them to proceed without facing statute of limitations challenges.

In addition, the Governor signed several bills to enhance domestic violence-related protections. AB 2517 by Assemblymember Todd Gloria (D-San Diego) authorizes courts to make a finding in a domestic violence restraining order that specific debts were incurred as a result of domestic violence, such as through identity theft or coercion. SB 1141 by Senator Susan Rubio (D-Baldwin Park) permits coercive control – which can include isolating someone from friends, relatives or other sources of support– to be considered as evidence of domestic violence when determining child custody in family court.

Building on his executive order signed in May to ease financial burdens on domestic violence centers, Governor Newsom also signed SB 1276 by Senator Susan Rubio (D-Baldwin Park), which eliminates the 10 percent cash or in-kind matching requirement for state grants awarded to these organizations. California has advanced a series of initiatives to support survivors of domestic violence during the COVID-19 pandemic, including directing $5.3 million in state funding to be distributed to local service providers, a partnership with the Women’s Foundation of California to raise private funds that support domestic violence organizations, and new private sector partnerships to provide free accommodation and transportation to survivors fleeing violence. The state has also launched “text-to-911” capability throughout the state.

Governor Newsom also took action on bills to protect children and older Californians from abuse. AB 1929 by Assemblymember Blanca Rubio (D-Baldwin Park) permanently extends the internet-based child abuse and neglect reporting systems established by counties under a 2015 law. The internet-based systems, overseen by the California Department of Social Services, provide an expeditious tool for mandated reporters to make non-emergency reports of suspected child abuse and neglect to child welfare agencies. SB 1123 by Senator Ling Ling Chang (R-Diamond Bar) clarifies the definition for elder and dependent adult abuse in the Penal Code and requires law enforcement to update their policy manuals to reflect it, promoting consistency in the reporting and investigating of elder abuse claims.

We had to go virtual with this year’s SART Summit, and although it looked different than in previous years, we had 230 participants—advocates, criminalists, law enforcement, prosecutors, nurses, other medical professionals—plus 18 instructors who presented on 10 different topics presented over 6 days. We received overwhelmingly positive reviews from the evaluations and an email from one attendee who said:

Thank you very, very much for the 9th SART Summit. This was the first time for me to attend and I found it very informative. The speakers were all great.  Many issues in the other states, especially California, are similar to ours in Hawaii. Some of the ideas and solutions presented have already been incorporated on Oahu, which is reassuring to know we are on the right direction, with some tweaking. Thank you for presenting ways to help all levels of involvement (social workers, law enforcement, medical, laboratory scientists, etc.) perform their jobs better in order to assist/support victims better and to prevent victimization.

To that end, we are recruiting California Sexual Assault Forensic Examiner Instructors. Instructors will be compensated up to $75/hour (subject to Cal OES approval). It’s also a great opportunity to build your CV as a subject matter expert. All instructors will receive complimentary training on presenting before an audience and on camera, and all travel expenses will be reimbursed once our live training events resume. Interested instructor candidates are invited to contact Christina Pritchett at christina.pritchett@ccfmtc.org. 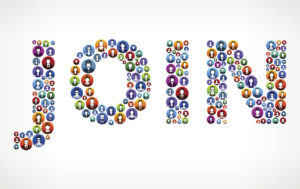 Join the CCFMTC/Sexual Assault Forensic Examiners Community. A private, secure community that allows for discussions and questions, as well as a library of shared documents. To join this community contact christina.pritchett@ccfmtc.org.

We are pleased to announce that Joe Chavez has been appointed as the new CDAA-CCFMTC Project Director.

Joe is a career criminal prosecutor and his last three years, before joining the California Attorney General’s Office, were spent prosecuting sexual assault cases. He has used the California sexual assault exam form with different experts and SAFEs on the witness stand. Joe is a great asset to CCFMTC and this is a good fit for CDAA. He will be managing the CalOES e923 and other forensic evidence examination forms and facilitating CDAA’s e923 Task Force. His email is jchavez@cdaa.org.

CCFMTC remains committed to ensuring that every California sexual assault survivor receives the same first-rate, quality, trauma-informed exam, documented on the same statewide CalOES evidence form where the SAFE is a vital partner with the prosecution team.